29th December in 2006. It was the last rehearsal of the year.
I asked Ninagawa. ‘ What was 2006 for you?’
‘ Summarize this year…. I am still running…, aren’t I.’ There was a pause then he said. ‘TO BE STRRUGLING. I will be getting more chaotic!’ Ninagawa might have no period of a year. He used to tell me ‘ Look at my productions not in piece but in total annually.’ ‘ The productions would be consisted from the net of people’s feelings.’Each production , each year will becoming the stream of the river. His theatre and his life itself could be a big river like Nile.

‘When we bring the productions in the abroad, we only pass by the country saying ‘ We are doing this, would you like to have a look?’’ The actor YO TAKAHASHI once described that the rehearsal of Ninagawa is ‘Jumping in the dashing stream’. Ninagawa’s river would take past, now, incidents, culture, countries, people and dashing ahead like a river after the storm.

［Quoted from the interview 1 in the beginning of 2006］

‘ I once bumped into KIMURA KOICHI the director doing two rehearsals in a day, I insulted him as ‘ TOO MUCH WORK’. Now I am doing it. Thinking of it, I feel ashamed. I told myself to rehearse CORIOLAANUS, LARK, LOVE’S LABOUR LOST with all my spirit so that I would not be a covetous old man.’

A New year has come. I went to have the interview with Ninagawa for the program of CORIOLANUS. The place was in the artistic director’s room. It was clean and vacant like a room of new built flat. Ninagawa sat along the sofa which would not have had many people on. In the meantime,Ninagawa looked unsettled. ‘ I would rather like to have the interview in the rehearsal room. It is not only from my taste but that I like to live together in there. It is ideal to start the rehearsal naturally like wakening up in the morning. It is not like ‘Now we start!’.
It could be the time that the children starts to spend in the nursery school.’ ‘ How different from the home?’ ‘ A home would be different. The life in the rehearsal room is different from the one at home. It is work but where there is other different life, where there become something because we are there, where there becomes the idea, where so many things were yarn. How can I describe? Can you think of something? (smile)
Your home is the place to be calm. Last night, I read Bakhtinienne and watched ‘8 1/2’. It was for myself to direct here. They are not connected directly but I wanted to enrich my image of Italy and Shakespeare. While I read the script of LOVE’S LABOUR’S LOST or read the book written by Matsumoto Toshio( film artist). I put my sense in order.’

Following day, Ninagawa came to the rehearsal room an hour before the rehearsal and have some conversations with the company. He lead them ‘ Shall we?’.

In the rehearsal room for CORIOLANUS, Act 4 scene 3 where the Romans passed by Volscians in the street and they exchange their news each other has sarted.
Nicanor, Yutaka Suzuki appeared in the scene with crutches from DSR.
Volscians Makoto Tamura appeared from DSL. Volscians with the sword in his hand watched out for Romans who told himself as Volscians’ side. There became the tension between them. Yutaka and Makoto had discussed over this scene before the rehearsal. Yutaka hinted the reason that Volscians could not see him as his side instantly by disguising with crutches. When Yutaka throw the crutches out and reveal himself to Volcians, Ninagawa smiled. ‘Yes!’ After the scene, he said aloud ‘ Brilliant! If this scene is boring, I was ready to cut it. But I leave it on.’

‘A opened! B opened! C opened!’ The calm but strong voice of Sonsho Inoue, assistant director, is conveyed. They experimented the idea from Kabuki that the slide door opened out to change the scene. Although the set is for the rehearsal, the timing is important. All the staffs are trying so hard as actors are. The crews in black are working solemnly together.
I said to Ninagawa ‘ I like this moment.’ Ninagawa laughs pleasantly, ‘They are good, aren’t they.’

‘I like to entertain from the richness of story, acting, the figure of actors. I like to entertain from the vulgar things to noble idea and all. It is like entertaining a market.
‘Market is in the sense of Department sotre?
‘No, no.’
‘Market in the street?’
‘Yes. Opened market. I do not like to have mere essence. It is important for me whether the production would survive within people who earn their living in their daily life. I would like to learn philosophy from it. I ask myself and the actors whether we could get it or not.’

‘ I am the people who loves to learn, as it were. (laugh) I am not an elite. I am nothing but an upstart. I wonder whether upstart is the right word. I only tried hard. I was the one of the crowd who were shut himself in the stairs. From young actors’ eye, I am only an old man but I like to insist that I used to be the same. That is why I kept saying ‘Do not be buried in the life’. Do they understand…?’

Then there is the voice of Ninagwa as usual as if he puts the light on in his room at his home. ‘Shall we?’.

[Quoted from the Episode 8 YUTAKA SUZUKI HOME & AWAY] 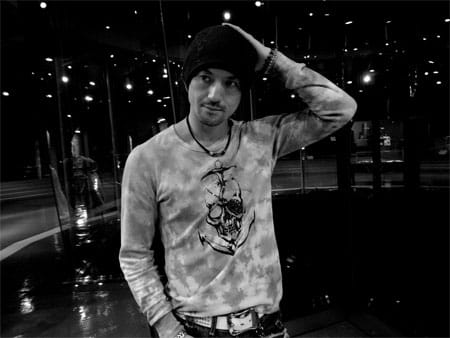 In the beginning of March, Yutaka Suzuki appeared in the rehearsal for LOVE’S LABOURS LOST ( SAITAMA ARTS THEATRE ).
He found the time in between the tour of CORIOLANUS. Ninagawa was trying to get the lyricism than the comedy sense in the Act 4 scene 3 where the king and his friends were meditating for love. Watching this rehearsal, Yutaka said ‘ I feel so many things when I am watching the rehearsal.’

I asked him to have interview with him in the corridor in front of the rehearsal room. Many members from the company of LOVE’S LABOUR’S LOST came across to him and talked with him during then.
I felt the time he has taken through the productions with them.

I said to him that Act 4 scene 9 in the CORIOLANUS where Yutaka played Roman Nicanor. The play was set around the battle field. I felt this scene is one of the important scene for the audience to see the people struggling to live out in those days.

Yutaka’s Nicanor walked on crutches from DSR. He called the man coming from DSL and took out his crutches and reveal himself. There, we found that he was a traitor against the Roma and that had the news of Coriolanus in exile for Volscians.
‘ That scene was said to be on the closest ticket for cutting. We thought over before the rehearsal not to be cut.’ First of all, he judged that he could not use the stair stage during the course of the rehearsal. He thought over the best way to use the front stage. By using the effect of the crutches, there became the drama in the short scene. The trick of the crutches would go along with the settings of the character who is traitor. It would express his bending feelings as well. ‘The feelings and the body would become together. I wanted to express his heart of traitor by bending my own axis of the body.’
He had come to the conclusion to play this way at last. It was two days before the rehearsal of this scene in front of Ninagawa.
I read the subtext that Nicanor thinks himself to turn over the Roman city with his news and that the traitor could be a hero. I read that Nicanor was rushing the road with his ambition.
Watching this rehearsal, Ninagawa gave them ‘Brilliant!’
Only two pages in the huge text, merely three minutes in this huge production, but this scene became strong and sharp scene like a glass of tequila.


‘ It is strange to say but, when you had an experience of the taste of Ninagawa Shakespere, you would never forget. The lyricism will be the spice for you. It will overlap with our feelings now. It will go beyond the border of time and space. CORIOLANUS was the production which was merely performed before, but now wherever we go on tour, there we could hear the sob during the play and there we came across the standing audience with their warm applause. I feel that Ninagawa’s direction would communicate some sort of memory within the audience.’

Within the Ninagawa’s severe notes, the unforgettable one was ‘You would never go up like that state.’ With this word in his heart, Yutaka looks higher up. It will be the second time to visit Barbican with CORIOLANUS since MORDERN NO PLAY. ‘ It would be the challenge that my own Nicanor will be accepted in London.’ He thanks for Ninagawa to be lead ‘ to the first class level in the world.’ But at the same time, it is the pressure.
To be one of the first class actor.

Not to have a big gap when he is on stage and when he is out in the street. That is his ideal. He would like to keep his feelings enrich all the time so that he could enrich the character. Through the works of Ninagawa, he has started to enquire the acting that gives you his own human nature.


I took his photo after the interview. He leaned on the back of the auditorium naturally. The posture was like the one in the Rock magazine. His fashion is like the one of Rock musician with skeleton printed T-shirt, silver accessories.
‘ I have read so many Rock magazines so that I could easily pause that way.’ He smiled. ‘ The memory is important…, isn’t it.’

‘Theatre where our experience and our recognition would live’ Ninagawa’s word come to life within Yutaka’s memeory.